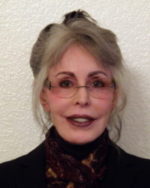 When I work with couples, sex is seldom brought up as one of the predominant issues. I’m too old and have been doing this work too long to think that it isn’t. What I believe is that bringing up sex problems is awkward and by the time it gets to my office, it’s a very touchy subject because feelings have been hurt on both sides, more than once.

What always stands out when I’m listening to each partner is how hurt each one feels and how rejected each one feels, yet, each one also believes that their partner isn’t suffering like they are or that they don’t care as much as they do.

Imagine facing off against someone whom you believe is deliberately hurting you or, best case scenario, doesn’t even care enough about you to try to hurt you. In that situation you want to fight for yourself, be heard, not lose any ground, hold your own, save face, avoid humiliation at all costs!

Now imagine facing your partner, the person you love, who loves you, even if you’re not in the mood to imagine that at this moment, do it anyway for the sake of this exercise. You didn’t get together because you chose the most despicable person you could find because you couldn’t think of a better way to wreck your life. O.K. Imagining? Now, you care about your partner. Your feelings are hurt. He/she hasn’t shown any interest in sex or making love (see next article about men, women, and sex). You’ve gone out of your way to show them you love them, that you’re interested in them, you’ve let them know you want to make love/have sex. They say that they are too tired, that you never talk to them, that you blah, blah, blah, whatever it is that you do.

Because we are human and mostly fragile when it comes to personal feelings, there is a natural inclination to start pointing the finger at your partner and tell him/her what they are doing wrong and how they need to change or, worse yet, what they are doing wrong and then threatening to end the relationship. Blame, blame, blame. Have you ever noticed it gets you exactly nowhere? Have you ever wondered why you repeat behavior that never results in anything good happening? It’s because at a subconscious level you’re hurt and trying to avoid feelings of powerlessness or inadequacy.

The fact is, if you fall into that trap, you’ll never get what you want. Don’t you want to be loved, understood, feel desired and desirable? Of course you do.

First, you must not let your feelings of hurt turn into anger. Stay with the hurt and recognize that you feel rejected, unloved, unwanted. When you’re able to speak to your partner from that place you have a much better chance of getting what you want. If you can ask your partner to talk to you about why your sex life has lessened or disappeared, without sounding angry or accusatory, you’re much more likely to get a response that isn’t a “battle mode” response. If it looks to your partner like you’re truly concerned and you really want to find out how you and your partner can develop a robust sex life that’s charged with fun and passion, he/she will, at first, do exactly what you don’t want, especially if this problem has been going on for some time.

O.K. First, if you have a highly psychologically minded partner, he/she will be impressed with your sincerity and lack of blaming and they will sit down and discuss what’s not working from their perspective. Having said that, very few people are that psychologically minded so they will shoot back a blaming statement, make it all your fault and there’s a good chance that whatever your partner says will be peppered with lots of accusations about why it’s all your fault.

THIS IS IMPORTANT!!!!! If your partner does what most partners will do: make it your fault with a sarcastic or angry delivery that will make you wonder why you even bothered to try. Do not get hooked at that point! You are bringing new behavior to your relationship. Whenever new behavior is introduced to an existing system, the system doesn’t want to change, they system is used to things the way they’ve been and it’s the system that is trying to stay in place no matter how unhappy both of you are. So withdrawing or firing back at that point will do nothing and you might as well have not tried at all. Recognize that it’s they system in full force protest against change and do nothing. Remain calm, don’t get your feelings hurt, even if your partner is trying to hurt your feelings. He/she doesn’t understand that you and she/he can create real change to what has seemed like a hopeless situation. Just listen, really, just listen. Make statements like, “I hear you.” and “Tell me more about that. Help me understand your viewpoint.” And keep making those statements until your partner realizes you’re not kidding. You’re going to sit right there until the problem of a less than enjoyable sex life is discussed, in full.

O.K. So what. You’re there to make changes not to get all wrapped up in what was or is from your partner’s perspective. If you get defensive you’ll lose. If you keep talking you will talk right past that initial fight adrenalin because the human body only has about 45 minutes of adrenaline and once that dissipates, the real sharing will begin.

When the real sharing begins and you haven’t withdrawn from the conversation and I hope you didn’t, start by telling your partner how desirable you find them and how much you miss having a more active sex life with them. Notice you’re not talking about yourself, you’re talking about them, that you want them, desire them, need them, that you want to figure out how to get some of the spark back that the two of you had when you first met.

Really listen to what you’re partner wants and, to the extent you can, make those changes, they’re usually not that hard to change. You just haven’t wanted to look at your part in it, really, and you know it but don’t want to admit it. Blaming just feels so much better. Except there’s never a reward to blaming.

There’s always a reward, after the initial flare up in the system that doesn’t want to change, and that reward feels so much better once you make it happen.

And then the middle part is beginning to touch, kissing (please have a fresh mouth and a clean body), asking your partner if they would like (something you know they like like a foot massage or to take a shower together or to rub scented massage oil into each other), taking your time, don’t just jump into position ready to act like a jack rabbit or a resigned housewife, both are real turnoffs. Put some energy and effort into pleasing your other and then begin to ask for or guide her/him to what you want, what pleases you. Take responsibility for creating some kind of atmosphere, even if it’s to light the one candle you have managed to put into the bedroom, ten would be nice but you probably won’t do that, and turn the TV to a music channel playing the kind of music you both like, softly so it doesn’t dominate the room but adds to the romance. Start with romance and slowly move into the wild child, the passionate you, the lusty, full of life partner who is passionate and creative and in love with love, sex, and your partner and make sure you make that obvious by your words and actions.

I can hear you now, “But we have kids, we’re tired, there’s no time, she’s a dead fish, he doesn’t know what he’s doing.” Those are all just excuses and, if you use them, you have to take responsibility for not having a good, intimate relationship and a satisfying sex life. There is sex after the kids go to bed, sex in places other than home, time if you want to make the time, if she’s a dead fish you’re not putting enough energy into what’s happening and if he doesn’t know what he’s doing you can lovingly show him what you like and show him more than once. We rarely learn anything with just a one time instruction.

If you’ve managed the first and second part, I don’t have to tell you about the last part.

Take responsibility for creating the life you want, stop blaming, withdrawing, feeling like a victim, wishing you were with someone else and then it would be different. No it wouldn’t because you would be the same and you’re half of the equation. There are no do overs in your life. It is what it is and it’s worth it to make every day as good as you can and when it’s not a good day, chalk it off, that’s life, everyone has problems and bad days, they’ll still be there after some great sex so you’ll at least be happier facing your problems. Tomorrow will be better because you’re going to do your best to make it better.

It’s not magic but when you get this down, it will feel like magic and you will be amazed at how powerful you are when it comes to creating the life you want to live.